The Department of Psychiatry has as its mission the provision of educational programs, the promotion of research activities, and the delivery of clinical care. The Department is part of the Faculty of Medicine at the University of Toronto and also recognizes its important role in a broader society. 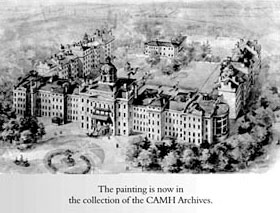 Following Dr. Farrar, Professor Aldwyn B. Stokes was recruited from the Maudsley Hospital to head the Department (1947-1967) and to become Director of the TPH. Dr. Stokes campaigned for the founding of the Clarke Institute of Psychiatry, opened in 1966, to succeed and expand upon the TPH.

Professor Robin C.A. Hunter arrived in 1967 as Chairman of the Department from the comparable post at Queen’s University. Conjointly, he was named Psychiatrist-in-Chief of the Clarke Institute, becoming Director and CEO in 1969. In 1973, he was appointed Associate Dean (Clinical) of the Faculty of Medicine. 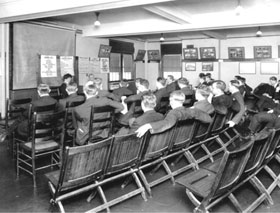 Professor Fredrick H. Lowy from the University of Ottawa was appointed in 1974 as Chairman of the Department and Director and Psychiatrist-in-Chief of the Clarke Institute. Dr. Lowy served in these capacities until 1980 when he became Dean of Medicine.

Professor Vivian Rakoff was appointed Chair of the Department in 1980 and Psychiatrist-in-Chief of the Clarke Institute, serving until 1990. Dr. Rakoff was honoured as the namesake of the Centre for Positron Emission Tomography in recognition of his successful efforts to have it established at the Clarke Institute.

Professor Paul E. Garfinkel served from 1990-2000 as Chair of Psychiatry and, until 1998, as President and Psychiatrist-in-Chief of the Clarke Institute. In 1998, Dr. Garfinkel succeeded to his present position as the inaugural President and CEO of the Centre for Addiction and Mental Health (CAMH).

In 2000, serving until 2010, Professor Donald A. Wasylenki, Psychiatrist-in-Chief at St. Michael’s Hospital, was appointed Professor and Chair of the Department of Psychiatry. While at St. Michael’s, Dr. Wasylenki had held an Endowed Chair in Inner City Health. During 2007-08 the Department celebrated its Centenary with a range of historically-themed academic and cultural events.

In 2010 the present Chair, Professor L. Trevor Young, resumed his long association with the University for Toronto where he had completed his residency in Psychiatry and graduate training. Dr. Young had held the rank of Professor and the Cameron Wilson Chair in Depression Studies from 2002 to 2006, and Vice Chair in the Department of Psychiatry, 2003 to 2006. He was also the Physician-in-Chief and Executive Vice President at CAMH, 2003-06. In 2006 he was appointed as the Chair, University of British Columbia Department of Psychiatry and as Vice President, Medicine, for the BC Mental Health and Addiction Services within the Provincial Health Services Authority. Professor Young is a CIHR-funded investigator with an active program of research on the neurobiology of mood disorders and their treatment. With an extensive teaching dossier, he has supervised numerous Masters, PhD and Post-doctoral fellows, and was elected Fellow to the Canadian Academy of Health Sciences in 2009.